Yesterday I spun up two new nodes on Prater, and sent deposits for 5000 validators to run on each. Due to the restrictions on how many new validators can activate per epoch (currently 4 for Prater), the number of active validators are currently gradually increasing giving a really nice insight into the cost of adding new validators. 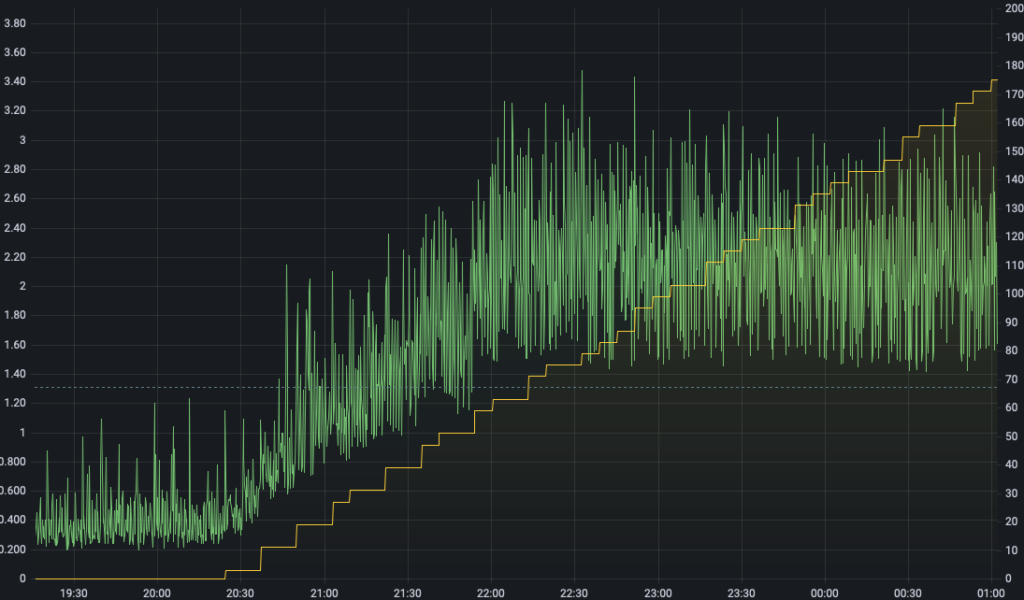 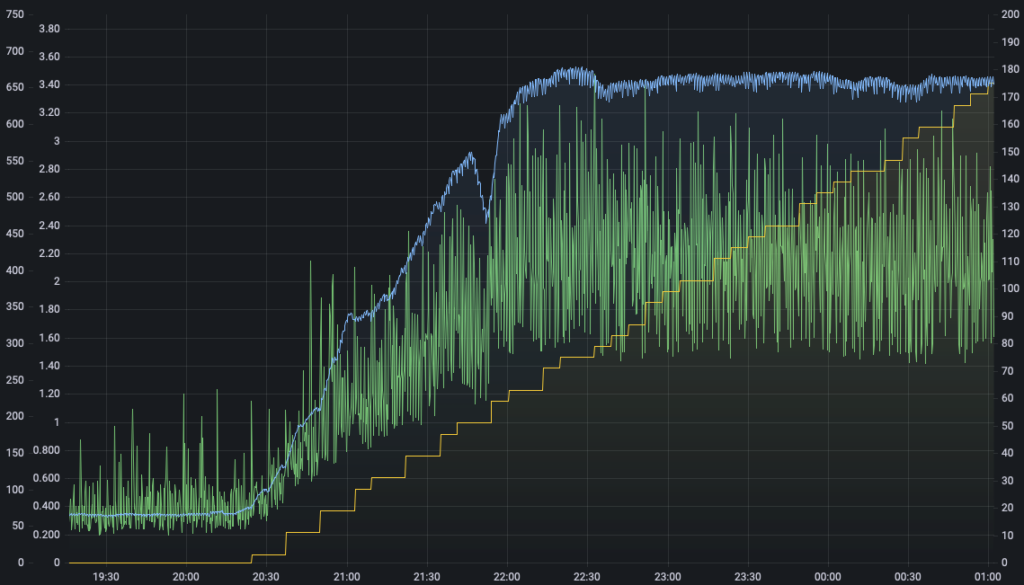 There’s a somewhat unexpected dip in gossip messages as the number of validators are ramping up – I think that’s actually a point where I restarted the node to apply some updates, somewhat ruining my pretty pictures…

Even so, we can see the very clear growth in gossip messages as the first validators activate, along with the increased CPU. Once we get to 64 validators activated both the CPU usage and gossip message rate levels off even as the validators continue to grow. At that point, we’re already subscribed to every gossip topic and processing every individual attestation. Adding more validators after that doesn’t take very much – they need to calculate their duties and produce one attestation per epoch, plus sometimes creating a block but that’s very cheap compared to validating all that attestation gossip.

So the first 64 validators you add to a node are quite expensive in terms of CPU usage and network traffic, but if you can run 64 validators well, then you can likely run thousands of validators well because you’re already processing the bulk of the attestations.

Of course, as the total number of validators continues to increase, nodes that are subscribed to all attestation gossip topics will have to process more and more attestations – they don’t get the benefit of the aggregation which is such a key part of the beacon chain scaling. For now it’s still quite manageable and there’s a fair bit of headroom left, but eventually large staking providers may need to start being smarter about how they manage attestation gossip requirements by spreading the duties across their fleet of nodes rather than having each node work independently. There’s a few ways that could work but that’s a story for another day…